A democratic and independent spirit is needed in our institutions

A version of this article appeared in the Australian Financial Review on 2 January 2015.

Knowledge is power, but it is also wealth. Human progress depends on the dissemination of useful knowledge. Triumphs of human ingenuity — from the wheel to the mobile phone — underpin our prosperity and wellbeing. Knowledge is the ultimate social resource: the better the knowledge upon which a society’s decision-making rests, the better its allocation of resources. The deeper a society’s knowledge base, the more creatively it solves its problems.

The explosion of new technologies offers societies new ways to learn. If our future prosperity is to be founded on a knowledge economy, we need to be a learning society. How will adults, in particular, keep learning? This question was of passionate importance to the nineteenth-century leaders of cultural and political life in Britain. Theirs, like ours, was a society grappling with sweeping technological change; the reinvention of the production and distribution of information, in particular, was seismic.

Culture, politics and economic life were all being transformed. Many of the libraries, museums, galleries, universities, technical colleges, book publishers, journals and newspapers with us today were founded in the first half of the nineteenth century.

One figure who crossed nearly all these institutions was the redoubtable Scot Henry Brougham (pronounced ‘broom’) (1778–1868). Brougham combined a number of high-profile careers in the 1820s and 30s. In his youth he founded and wrote for the Edinburgh Review. As a reforming MP, his rhetorical finesse was critical to the passing of the Reform Act of 1832. He was Lord Chancellor in Grey’s Whig administration. As a barrister, his defence of the ostracised Queen Caroline — and his knack for self-promotion — made him the most famous orator of his day. It was said of Brougham that he “aspired to be a polymath who could master science, law, and literature while remaining at the centre of the political stage; but he never stood still long enough to make a permanent impact on any of these fields”. He was, however, immensely knowledgeable. When Brougham left a country-house party in 1827, the poet Samuel Rogers is said to have remarked: ‘This morning Solon, Lycurgus, Demosthenes, Archimedes, Sir Isaac Newton, Lord Chesterfield and a great many more went away in one post chaise.’

Brougham made an expansive contribution to lifelong education. His most cherished belief was that knowledge should be democratised. The industrial revolution had created a new kind of worker; one who read and wanted to understand ‘how things worked’, keen for access to useful knowledge that could be applied to everyday life. Brougham believed: “to diffuse useful information — to further intellectual refinement, sure forerunner of moral improvement — to hasten the coming of the bright day when the dawn of general knowledge shall chase away the lazy, lingering mists, even from the base of the great social pyramid; this indeed is a high calling, in which the most splendid talents and consummate virtue may well press onward.”

Contemporary economic historians Joel Mokyr and Deidre McCloskey have renamed the industrial revolution the “industrial enlightenment” to highlight the key reason for the growth in real income in the 1800s: not steam, coal, access to larger markets or capital accumulation alone, but the thirst for and dissemination of knowledge applied to the betterment of everyday life, followed by trial, error, measurement and improvement. This represented a shift from decorative to useful knowledge.

Brougham was driven by two insights: first, that the lives of everyone could be improved by the diffusion of useful knowledge and, second, that we all benefit from the reservoir of knowledge possessed and used by others. For Brougham, thousands of living examples showed that ‘a keen relish for the most sublime truths of science belongs alike to every class of mankind’ and that ‘the highest cultivation is perfectly compatible with the daily cares and toils of working men’. Popularisation would mean: ‘The more widely knowledge is spread, the more will they be prized whose happy lot it is to extend its bounds by discovering new truths, or multiply its uses by inventing new modes of applying it in practice.’ Knowledge was to have purpose: widely disseminated changes in practice were the prize.

Like all effective reformers, Brougham knew he was leading a powerful — and global — social movement. Many 19th century Australian institutions of culture and learning were inspired by Brougham’s program. Libraries, museums and the mechanics’ institutes — educational establishments for working men that provided libraries, laboratories, technical lectures and courses as an alternative pastime to gambling and drinking in pubs. The first Mechanics’ Institute was founded by Brougham and his sup- porters in Edinburgh in 1821, followed by Glasgow, Liverpool and London. The first Mechanics Institute in Australia, modelled on the same template, opened in Hobart in 1827, followed by Sydney in 1833, Newcastle in 1835 and Melbourne in 1839. By mid-century, Victoria alone had 1200 institutes.

Brougham, and confreres, also sought to democratise and desacralise access to university. They founded the University of London (later called University College London) in 1826. England, unlike Scotland, had just two universities: Oxford and Cambridge. These served principally as training grounds for the Anglican clergy. (As late as 1850 half of all Oxford graduates took Holy Orders.)

The founders of Australia’s first universities, from Charles Badham in Sydney to John Winthrop Hackett in Perth, modelled their institutions on these new universities in Antipodean defiance of the sectarian restrictions at Oxford and Cambridge. Brougham’s culminating endeavour was the Society for the Diffusion of Useful Knowledge. Its aim was to exploit advances in printing and distribution by publishing cheap, informative collections for a mass readership, including women and those seeking to expand their education. It changed the face of publishing and knowledge dissemination for two decades before its wild success led it to overreach.

The society, like Brougham himself, was not universally admired. Various Tories suggested that it, and other Brougham-inspired institutions, presented dangers to society by encouraging the masses to aspire above their station. It was ridiculed and even called ‘the Society for the Diffusion of Useful Ignorance’ by detractors. Those who stood to lose commercially through its success at bringing down the price of published work were particularly vociferous.

Through putting his renown, intellect and persuasive skill to the task, Brougham reshaped the way English-speaking people of all classes and countries read, thought and were taught. He was unrelenting in his pursuit of establishing one new medium after another for the dissemination of illuminating and useful knowledge. What can we now understand from Brougham’s inspired example? The key is this: our common wealth, no less than in Brougham’s time at the dawn of the industrial enlightenment, is dependent on the aggregate knowledge possessed by all Australians.

We should take away three lessons from a close reading of Brougham. First, that it is important to think in terms of the whole knowledge creation and dissemination system: all the components relevant to how a society learns and engages with knowledge are important. How its elements interact, the funds that flow in, and how growth and reform occur. Public knowledge now spans print publications, the internet, radio, TV, universities, TAFEs and our glorious institutions of culture: museums, libraries, and galleries, contemporary and historical.

Unlike Brougham, we face a landscape equipped with hundreds of institutions and a plethora of media. Our task is different to his. We must reinvent and invigorate traditional methods of knowledge dissemination and allow new methods to thrive to fill the gaps. Smarter partnerships should evolve between existing institutions which make better use of resources and achieve greater social good. The players need to operate beyond the strictures of academic silos, institutional logos or personal ego to vigorously pursue the social end of a more enlightened society.

The work of reinvention requires that existing institutions be nimble and free to respond creatively to the demands and opportunities of tomorrow. This is the second lesson we can take: our universities, TAFEs and other learning institutions need their freedom restored so that they can be responsive to changing circumstances.

This is where contemporary debate in Australia is so frustrating and the performance of the Senate so galling. Universities are about to come under savage competitive pressure from other players — whether offshore MOOCs (massive open online courses), or even companies which employ tertiary graduates to create their own courses. Yet we block their freedom of movement. Labor paradoxically advocates for expanded student numbers with a simultaneous reduction in fee contributions, from a population willing to pay more for their education, as long as equity is preserved for the able but poor. If Australian universities are starved of funds, our national intellect and economy are destined to suffer irreparably.

Third, incentive must be restored to our institutions of public learning to encourage the sharing and application of knowledge. Australia’s formal knowledge-creation system rewards discovery — the creation of new knowledge — but not innovation: the application that knowledge to achieve improvements in products, processes and policy. Our universities and research institutes spend $12 billion a year generating knowledge but almost nothing turning it into action. The fruits of past discovery are under-utilised. They could be used to improve the way we live or work, but instead they languish in archives and scholarly journals, unknown beyond a tight band of specialists. It is in all of our interests that this knowledge is out where it should be, changing the world. If businesses, not-for-profits, organisations and governments are to improve wellbeing, they need lucid, convenient and accessible knowledge.

The federal education minister should promote incentives for the diffusion of useful knowledge by implementing an impact model. This would require researchers to demonstrate the end result of the knowledge they seek to create and the intended out- comes of their research. Australia is trailing the United Kingdom by nearly a decade in requiring impact as part of research-funding assessments. Of course, an impact regime is only the beginning of a long process that should see universities, TAFEs and public- knowledge creators back at the centre of social and commercial life.

Finally, the Brougham example is a marvellous illustration to the philanthropists now re-engaging with Australian universities (campaigns to endow Australia’s universities with more than $2 billion are underway). Brougham’s example is to be ambitious for what these institutions can do for society’s improvement. Vigour and fresh thinking is needed in institutions long constrained by the bureaucracy, rules and regulations issued from what economist Max Corden famously called ‘Moscow on the Molonglo’. It has left them weary.

Private creative endeavour reshaped the social, cultural and educational landscape of nineteenth-century Britain and Australia. We could do worse than to take a leaf out of Henry Brougham’s illuminated manuscript and be guided by his democratic and independent spirit. 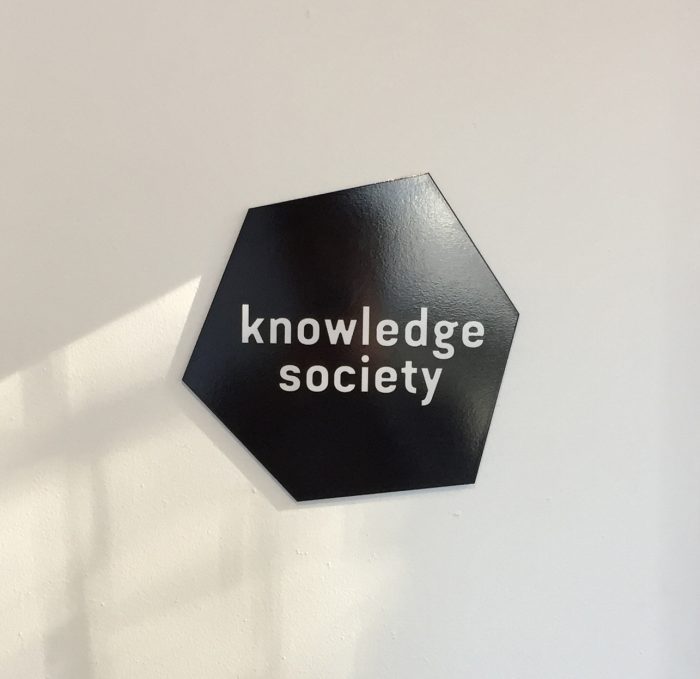 Why does Knowledge Society exist?

Knowledge Society exists because so many organisations, systems and businesses could be better. We believe that the desire to do good and create value is deeply wired into all of us and that every business and government entity can improve. 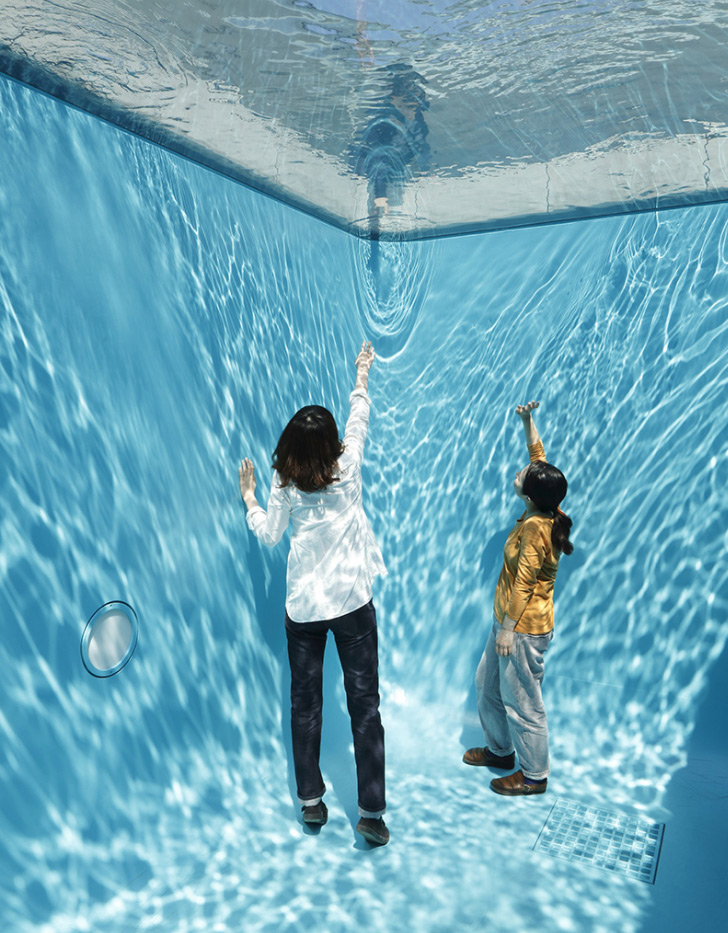 Be like the leading Australian businesses, who compare themselves to global leading firms in their sector – not the businesses down the street. 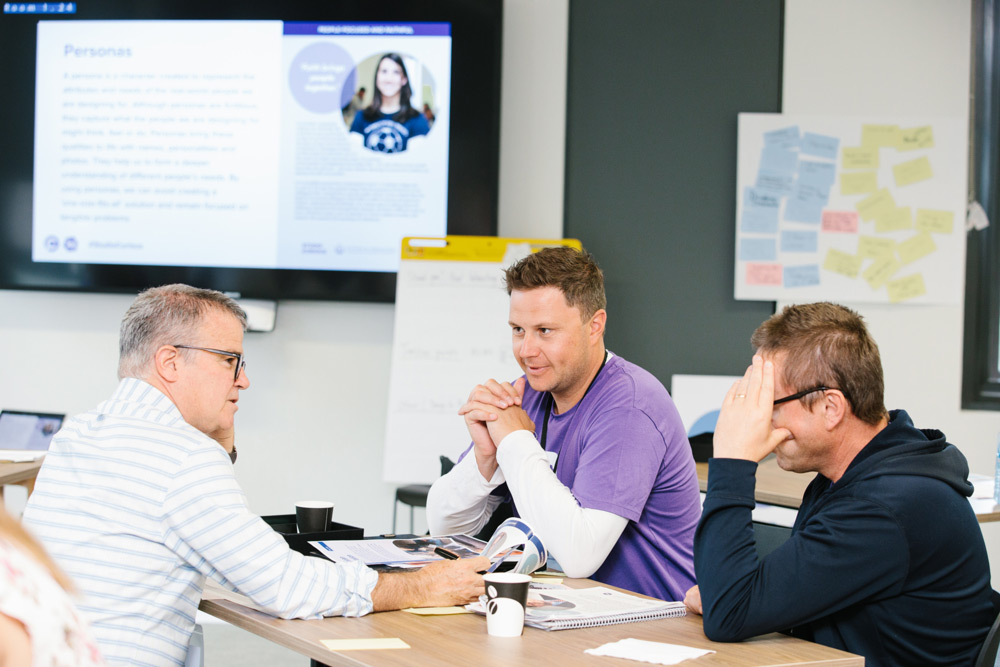 How to improve an education system

By using evidence and human-centred design, we can change the way our children learn – at scale – for the good of our whole society. See how one Australian school system is doing it.